ANPR Seamless Integration with your Weighbridge 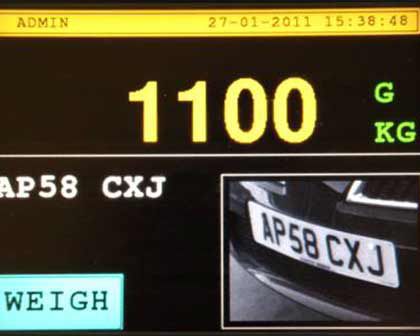 ANPR allows for total Unmanned Weighing and Access control. Automation of the system provides Higher security and safety as the camera is interfaced directly to the Libra Intelligent Indicator; a PC is not required as the system uses embedded processors. Although can be Interfaced to a PC for further data storage and transactions.

As vehicles approach the Weighbridge and ANPR camera, LibraWeigh IT-LIVE reads the plate and displays the plate text alongside the image(s) of the vehicle. Plate details are compared against a database and any stored details such as Stored Tare Weight, Customer, Product and Driver. When the plate is recognised, the weighing transaction will be completed, transferred and stored. Plus a weigh ticket produced for the driver. Libra Weigh IT-LIVE can open barriers automatically allowing authorised vehicles onto and off a Weighbridge and site. Permitted hours of access can also be specified such as 24 hours a day or 07:00 to 19:00 as example, every day for a particular category.

LED signs can be used to display any information from the database to a driver such as: WEIGHING COMPLETE PLEASE LEAVE THE WEIGHBRIDGE.

The system can be set exactly as you want it, It can replace existing unmanned systems that require intervention by a driver. The system will also capture vehicles with broken plates, or part covered Reg plates, the date base will try to match even these. A record will be stored in any event. Option to also capture non system vehicles, for security reference. Say an unknown vehicle was in the area, and an incident happened, you will have a record of the vehicle, if in sight of the cameras. If the driver alighted the vehicle, this will also be captured if in view.

After loading or unloading, the vehicle returns to the weighbridge and the weighing operation is repeated in the reverse direction. On the basis of the recognised registration plate numbers the system finds the first weighing operation and associates it with this one. On the basis of the difference between Gross and Tare weights, the system determines the Net weight of goods. A ticket for the driver can also be produced if required, with all the transaction details and Registration Number. Additional driver displays can be added, to show the weight and Registration recorded etc., if required.. The system operational logic can be adjusted, at any time, to particular requirements of customers.

Every year millions of pounds of revenue in the UK alone are fraudulently lost by customers and the tax payers in the waste and re-cycling business. We have developed systems to combat this with our ANPR system being at the heart of the operation. Find out more here.

Get a quick, no hassle quote today. 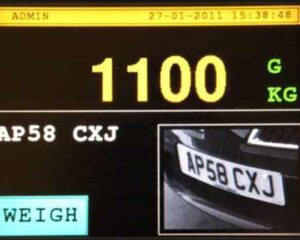 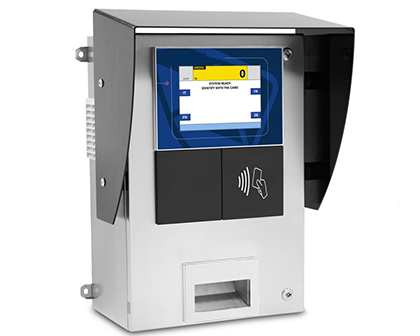 Housed in a Stainless steel enclosure with an 8" resistive touchscreen, for self-service weighbridge management.